Thankful for time and attention

Here is a part from my journal:

“Brogan and Patt walked a long way in front of me, I followed. Thinking I had finished climbing, I was disappointed. Climbing in the forest, many roots, many steps, more steps, untouched nature. Incredibly warm and heavy. With “hanging and strangling” I reached the top. I passed those girls who were taking a break there and I walked further, assuming it was better to walk in between a number of hikers, as the descent would also be tough. The track was incredibly steep, full of roots, slippery mud … I managed to find a stick there to get through the dangerous situation. I worked my way down step by step. Now and then there were steps again, now and then roots again. It just didn’t stop. I had in mind that it wouldn’t be much longer, but that turned out to be a much bigger mountain than I thought. It may be officially a hill, but for me it was a mountain.

At one point, after about half an hour of descent, my battery seemed empty again. That disappointment came back, full of thoughts and actually it seemed like it was repeating itself over and over… I couldn’t find the energy to do this apparently, what was going on… While the walk would be very nice if I would be calm and fit. Now I just couldn’t enjoy it either. I had all the time on this day, it was still only 11:30am, but still I couldn’t find the motivation myself. I went on, little by little, rested maybe 15 times and around 1:15pm I called Cindy to tell her it was no longer working. Again a pattern repeated itself: from my panic I vented everything that came to mind. Those are not my best moments, but well, I expressed that it really isn’t working anymore, that I really didn’t like it, that for me the ta trail just ended here. I even recorded a video after the phone call with the message “I’m done with it, it’s not fun anymore, this won’t work for me, I quit”

At that moment I just really didn’t feel healthy anymore, I was sweating completely, I was not physically fit, my head was not cooperating, the walk was no longer possible for me at that moment. I panicked even more when I got no response from Cindy. Of course I could not imagine that she might just have a difficult connection with her phone where she was and that she tried desperate to contact me again. So I panicked even more. In a repeated and this time succesful attempt to reach her I understood that she was nearby, so I suspected that she would be at the end of the parking lot, but that did not mean that I had again thoughts that I didn’t want her to be here, “it was my trail,” that sort of things. I had a hard time dealing with it.

Then I hit my wall again, I just stopped. “I’m never going to get out of this forest.” I really didn’t like the moment, disappointment all over, I felt like a sissy and a looser. Maybe others start to think ‘well, there you have that complainer again’, I also find that part very difficult, while I only express my emotions, others do that (remarkably) very little, that makes me seem to stand out as ’the complainant’. Ultimately, they may think what they want, but that does not mean that I experience all those things and thoughts in my head.

Then there came some kind of deliverance. Brogan and Patt gave me the support I had hoped for, like two angels. Patt walked up first, who gave me a lot of motivation. She took the time to listen to me and I said everything again. She kept motivating me: “walk it in parts,” “don’t rush,” “you have plenty of time to get out of the woods,” “it’s all good and you’re good just the way you are.” It was so sweet she took her time. It didn’t really work to remember everything, but the messages did arrive! Then Brogan joined, with her incredibly disarmed sweet face, she looked at me very kindly and supported Patt’s story with such kind messages.

It was so special that they took the time, at least half an hour, to motivate me and keep going, that was so disarming. When they walked away, I took my stick. With another 2 kilometers of walking, my first new goal was to get out of the forest. Step-by-step. It was 2 pm, so I still had to manage to reach that goal. Two kilometers doesn’t sound far, but if you have to go through such a rough time, it is further than you think. In the end I managed.  I reached Cindy and Cindy reached me.  We walked a bit together.”

I can only say it again:
Thank you!
Namaste.

Not a part of natural lifestyle… but this website uses COOKIES for a good experience, so… accept them?! 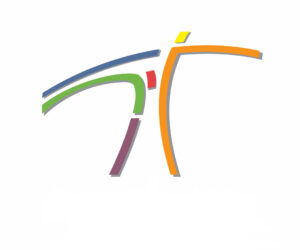